Tricolon is a form of rhetoric relying upon threes. Veni, vidi, vici. I came, I saw, I conquered. "Friends, Romans, Countrymen." "Duty, honor, country." Father, Son, and the Holy Spirit. "Life, liberty, and the pursuit of happiness." You get the picture. Three usually sounds better than two.

Can we apply tricolon to our basketball lexicon? Yes, we can. 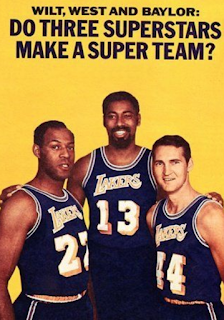 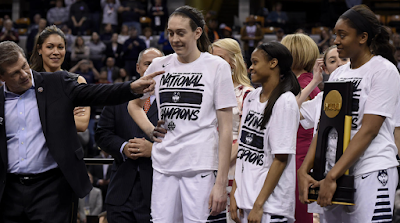 The UCONN women had Stewart, Jefferson, and Tuck. 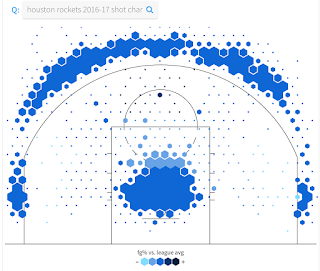 Defensive communication is a must, with emphasis on "early, loud, and often."

Dribble, pass, and shoot get the leads, while rebound, cut, and pivot get shorter shrift. Three referees monitor the action and the thirty NBA teams have three letter abbreviations. Three-point shots can be reviewed but never three-second violations.

New Yorkers have "Let's Go Knicks" while the Thunder chant "O-K-C." Not an accident. 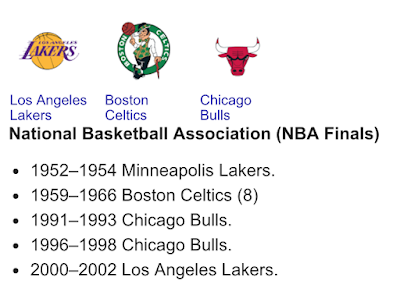 Less than a handful (ironically, three) of NBA teams celebrate the portmanteau of championship three-peats.

There's something magical about three.