Basketball coaches and fans know the power of the Pack Line defense, championed by Tony Bennett at UVA, but also used by other elite programs like Xavier and Arizona. The primary goals include to force perimeter shots, deny direct drives, and give help on dribble or pass penetration. An NBC Sports article shared, "As one coach that runs the Pack-Line put it, “We do not get beat to the outside.” — as the help is in the middle of the lane."

We struggled in our last game against the Pack Line. Credit belongs to our opponents. We got little from pick-and-roll or direct drives. We had offensive rebounding but inefficient interior scoring.

Virginia leads the NCAA in opponent points per game. 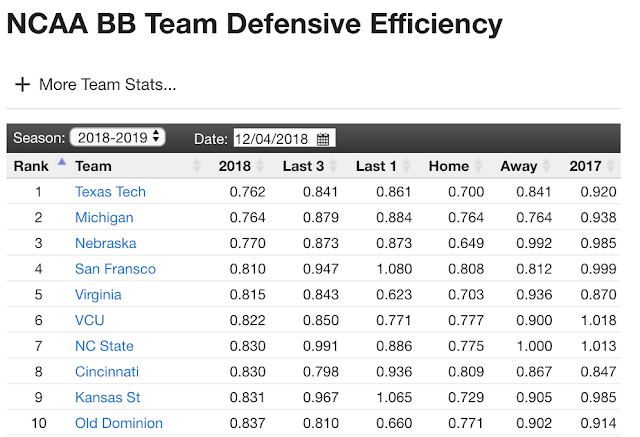 Virginia still ranks among the leaders when accounting for pace (points per possession).

How do you solve the Pack Line? There isn't an abundance of information. 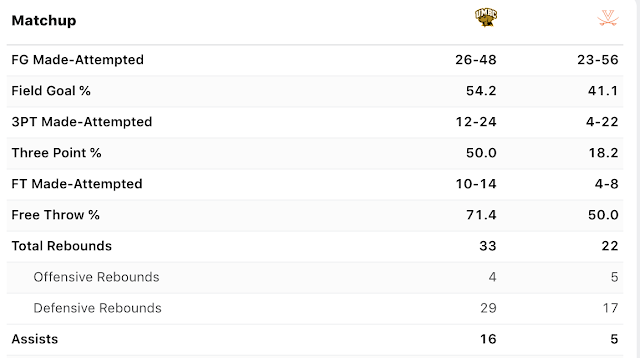 When UMBC upset the Cavaliers last March, they shot the lights out, shooting 50 percent from three and had sixteen assists. UVA also shot poorly and outrebounded in the perfect storm.


Reviewing the game, we see a few key factors:

None of these indict Virginia's defense as much as crediting the Retrievers' performance. Watch the highlights and note excellent spacing by UMBC and players relocating to open spots.

What didn't show up was much pick-and-roll or post play.

James Gels shares his thoughts on attacking the Pack here. The Dauster NBC Sports article simplifies the difficult, "The biggest key to breaking down Virginia’s defense is to have ball-handlers that can create off the dribble and shooters that can knock down contested threes...by running shooters off of screening actions on the weak-side of the floor, it limits the ability of the help defenders to create that Pack-Line." The dual mandate of occupying weak side defenders and setting up ball reversal threes is worth remembering.