There's no research monolith. Ideas fly by every day. Experience layers our approach. What worked, what didn't? Teach what we know and seek better ways.

Skill multiplies with belief and time. Think about Bill Belichick, breaking down film since age nine. Taking his first job for 25 dollars a week and climbing rungs on the ladder, from gopher to go for 8th Super Bowl championship ring. Someone estimated that he coached and game planned 750 NFL games in over 40 NFL seasons. He lived the research and became a walking encyclopedia of NFL football.

Start with relationships. The FIBA educational platform centers on people. For example, regarding assistants, it states, "People perform best when they feel that their contribution is valued and they understand what it is that they are contributing towards. A simple “thank you” can be very motivating and coaches may do this verbally, by writing a short note or by acknowledging to the team a particular contribution that has been made."

Players aren't our servants, tools, or objects. They are our students, collaborators, and partners. The players are the game.

Hold ourselves accountable to professional standards, regardless of our level. FIBA recognizes that "The coach’s focus must be on success, which is measured in terms of development rather than simply games won."

Develop skill, athleticism, game knowledge, teamwork, and resilience. Conditioning, advantage-disadvantage play and constraints teach resilience. Am I a player others want to play with or a coach players want to play for? If not, what has to change?


Games generate questions. That's research. What are teams trying to do? Who has done it before? If it's working, why? How could it work better? Does the team inspire via style, skill, and toughness?

Coaching is craft. Research informs our process. Put on a show that everyone should want to play, to watch, and to become a valued contributor. 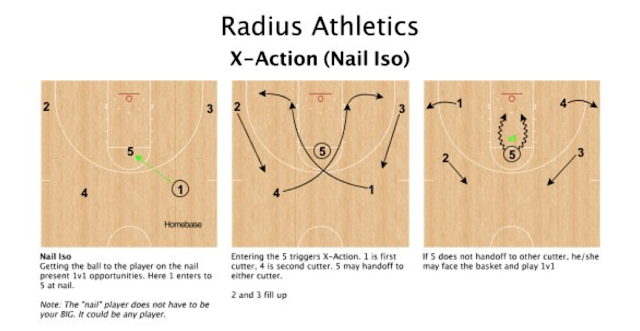 Simple actions create powerful options. By convention, the passer cuts first. Put drivers and finishers on the nail.
Posted by Ron Sen, MD, FCCP at 4:04 AM