Ken Loeffler coached in the 1950s (La Salle, Texas A&M) with innovative 'motion oriented' ideas. He believed in the primacy of spacing, running offense from the center of the court, and passing and cutting over dribbling. He highly valued movement without the ball.

He believed that in 'equal opportunity' (incentive-based) offense, where every player could have the opportunity to score if they had the requisite skills. "Every player is a king."

His "Screen-Weave" offense began with decision-execution options for his point guard. 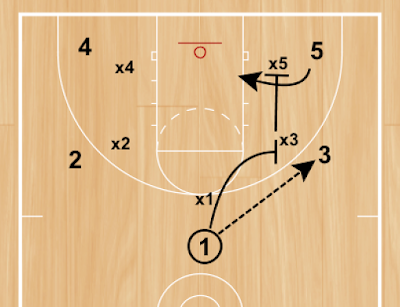 The PG could drive or pass and screen on the ball side. 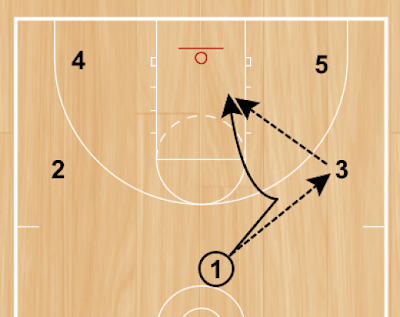 Conversely, with overplay, he could slip the ball screen. 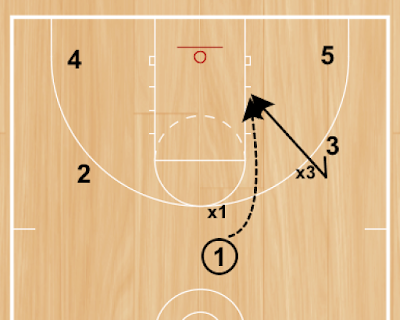 With hard overplay, the wing had a back cut option. 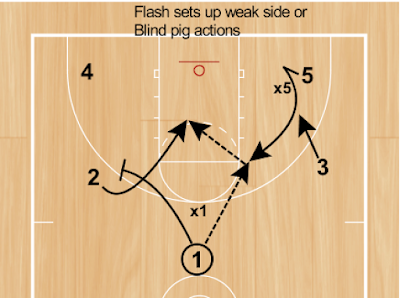 A post "flash" set up actions on both sides with the PG screening away and an option for 'blind pig' action on the ball side. If nothing materializes, then the 5 has the one-on-one opportunity.

Something of a Renaissance Man, Loeffler also had a law degree and served in the Army as a Major.
Posted by Ron Sen, MD, FCCP at 5:01 AM