Dribbling Drills from a Dinosaur Coach

I sell a core message that "basketball is a game of cutting and passing."

Truth be told, I favor limiting dribbling when possible. Play with purpose, dribble with purpose. Self-awareness includes not immediately putting the ball on the floor, not failing to look ahead, not dribbling into traffic (your parents told you not to play in traffic), and not "dribbling the air out of the ball".

We practice press breaking 5 on 7 without dribbling and play 4 on 4 half-court no dribble.

Yes, we warm up including dribbling. We often start by "dribbling the 3 point line" (spacing line) with straight, crossover, hesitation, spin, and combination (e.g. hesitation/crossover or vice versa).

We play dribble tag, usually in a confined area (e.g. inside the three-point line) and even then add constraints like must crossover every three dribbles or must dribble with the non-dominant hand. 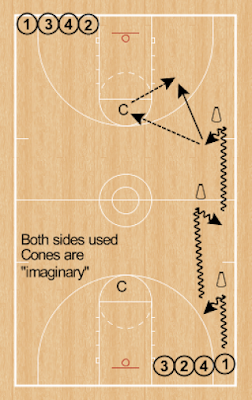 I like this multipurpose/combination drill with backdribble/crossover action to teach trap avoidance. 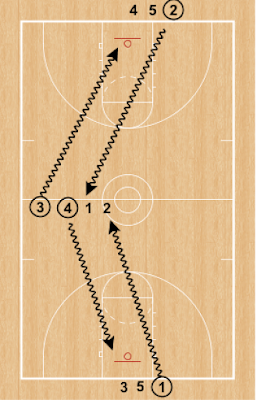 Kentucky layups. The team does a lot of speed dribble with layups counted over two minutes. Sometimes we can get into the fifties.

Most of the "extraneous dribbling" comes via 3 possession scrimmages which usually start off free throws, BOBs, and SLOBs. That affords us practice on special situations that continues into live play. 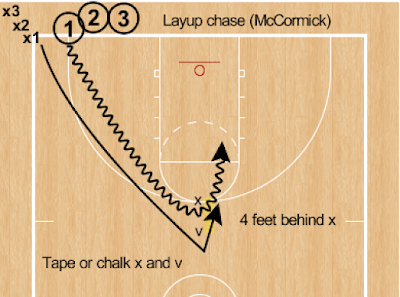 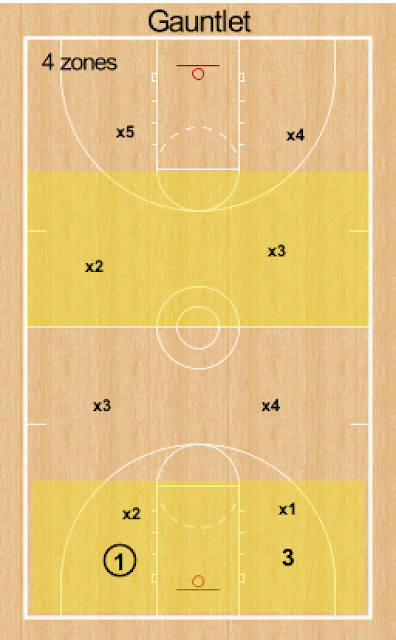 And you can dribble against "The Gauntlet" but I don't advise a lot of it...as you get into 2 on four boundary situations and the ten-second clock.
As for cones, chairs, and such, I seldom use them.


Yeah, I'm one of those dinosaurs who watched the old Celtics and the Lakers "Showtime" teams fly around and score with limited dribbling. And this Klay guy scored 60 points with 11 dribbles. So maybe you can score a lot without dribbling.