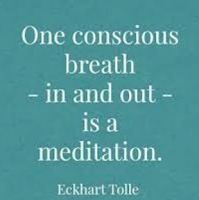 Over eighty percent of the most successful people in the world meditate. And meditation is focused around breathing. In 1970, a study showed during meditation subjects had decreased oxygen consumption and heart rate. Meditation decreases blood pressure and the 'stress hormones' epinephrine and cortisol. Meditation changes brain structure and function. It increases brain blood flow, grey matter, and memory. If we want to change the world, then we have to change ourselves. 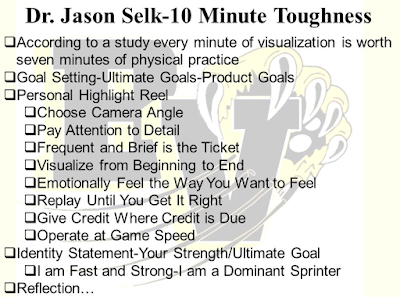 Free throws are among the 'easy' shots we don't want to allow or miss. I advocate controlled breathing during shots, as breathing is included in the pre-shot preparation. A final breath in and out before the shot prevents breathing motion DURING the shot.

Breathing reserve is the difference between actual and projected maximal voluntary ventilation (usually calculated as 35 times FEV1 - forced air out in one second). For a healthy young man, FEV1 might be 4-5 liters/second...meaning the projected capacity is 140-175 liters/minute. During a cardiopulmonary exercise test, we measure the actual liters per minute. Normally the breathing reserve exceeds 15 liters/minute. Patients with lung disease (e.g. emphysema) rapidly approach their maximal ventilation, producing pathologic (abnormal) shortness of breath (dyspnea).

Asthma and exercise-induced asthma are relatively common in athletes. Exercise-induced (EIA) asthma is more common in some sports (hockey, track, basketball) than others (e.g. water polo). This relates to heat and moisture loss from airways. Fortunately, there is preventive and pre-activity treatment for players. Obviously, players need specialized testing to evaluate for a proper diagnosis, as dyspnea can reflect respiratory, heart (e.g. cardiomyopathy), metabolic (anemia, thyroid, kidney disease), or neuromuscular disorders (e.g. myasthenia).

But we don't really care as much about physiology as effectiveness and efficiency. Fartlek training combines speed and endurance training. The Gerschler Fartlek makes most sense for basketball. It has similarities to previously discussed Tabata training.

Breathing problems hold a place in sports legend. We hear about players "sucking wind", "choking", "needing a breather", or worst of all, "choking". Combining knowledge of a little physiology and athletes' physical and mental resources can improve our coaching. Coaching is an eclectic activity and what we don't know can hurt us.